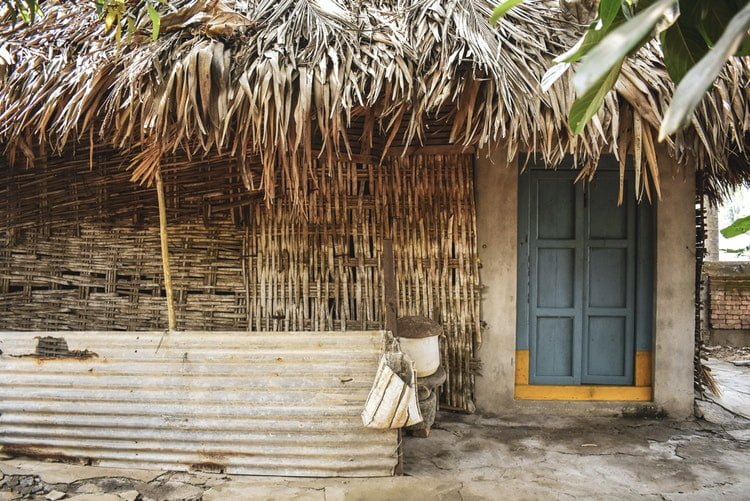 Rameswar lives near the college. He is a peon of the college. His only mate in the family is his wife Basanti. He had a brother who now lives separately. Nine years passed but Rameswar was not blessed with a child. Day and night Basanti kneels to God praying for a child. Basanti is now twenty eight. She has kept her glowing youth possibly because of her barrenness. She is still a beauty. The water of the well close to her house is not tasty. That’s why she has to go to another well close to the Boys’ Hostel. The

The scene was magnificent. A pyre was burning and the peasants, all drunk, were chanting bolo hari, hari bol; bolo hari, hari bol. Some were crying loud, some were sobbing, some sat terribly silent. It was monsoon. The fields and ponds were alike with water everywhere. The rain stopped for a while and the dark clouds disappeared. Instead, streaks of fleecy cloudlets covered the face of the setting sun. A huge tamarind tree stood resolute by the burning pyre. The pyre was laid on a rugged brick structure in a raised land by the side of a big pond. Men