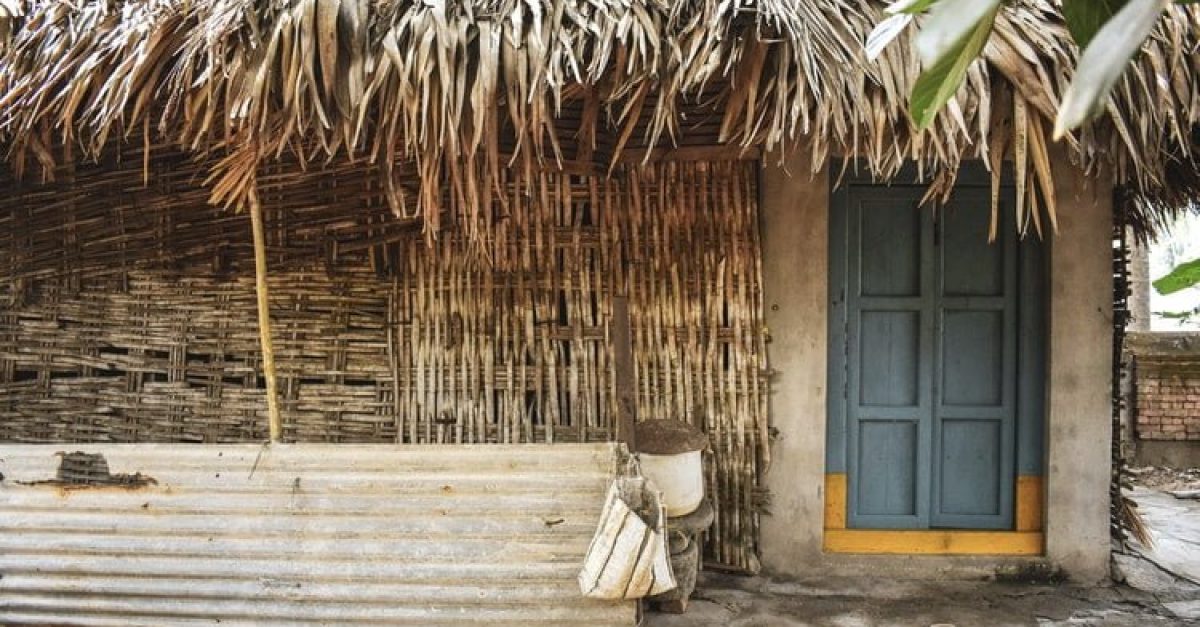 Rameswar lives near the college. He is a peon of the college. His only mate in the family is his wife Basanti. He had a brother who now lives separately. Nine years passed but Rameswar was not blessed with a child. Day and night Basanti kneels to God praying for a child.

Basanti is now twenty eight. She has kept her glowing youth possibly because of her barrenness. She is still a beauty. The water of the well close to her house is not tasty. That’s why she has to go to another well close to the Boys’ Hostel. The boys call her Boudi and now and then cut jokes with her. Rameswar does not like it. One day he warns Basanti, ‘You need not to fetch water from the well of the Boys’ Hostel.’

‘Who says so?’ retorts Basanti and warns Rameswar, “Well, I won’t go. But I too have a word to share with you.’

‘What?’ asks Rameswar in bewilderment.

‘You’ll not bring your drunkard friends to my home. Their eyes seem to devour me.’

That day when Rameswar retuns home it is midnight. With unsteady feet he drags himself home and goes straight to bed. Basanti  asks, ‘Don’t you take food?’ No answer she gets. Basanti shouts in rage, ‘Don’t have you a family? Why do you always drown yourself in booze?’

‘Shut your lips, magi (woman) or you’ll be undone,’ fiercely Rameswar put. Then he himself lazily stretches on the bed. Basanti is deeply hurt. Without speaking a word further she sulks and runs to her bed.

Next morning Basnti looks for Rameswar’s watch to see the time. She can’t trace it. So she asks, ‘Where is your watch?’ Rameswar does not speak. Out of timidity he turns his face. Basanti reasons that his husband has either sold it or lost it in gambling. She consoles herself by burying her wounds. Never has she spoken about the watch since that day.

After this incident just five days or so have passed and the contractor Ramen Gayaree visits their home. ‘Is Rameswar in the house, Boudi?’ he asks. Basanti knows Ramen well. She gives him a stool to sit and says, ‘No, he isn’t in the house. Why?’ ‘He has taken a loan from me. I come here to take it back,’ says Ramen. ‘Yesterday was the date of repayment. Today is Sunday. Where has he gone on holiday?’ ‘I don’t know. But why has he taken a loan from you? How much?’ she asks and is taken aback by the misdeed of her husband.

‘Five hundred,’ confirms Ramen. ‘He is losing in the gambling. So he asks and I pay. His addiction to gambling is increasing day by day. Can’t stop him, Boudi? If he goes this way he’ll soon be ruined,’ says Ramen and hurriedly goes away. Marks of innocence and helplessness are imprinted on Basanti’s face. Ramen is moved by her sublime look. He also takes a dig at Rameswar for his wickedness. Basanti coils in fear of the impending future.

‘Ramen! What’s for?’ Ramewar seems to be singed  with the tongue of a flame.

‘Taking back his money. Why have you taken loan of such huge amount from him?’ Basanti charges.

‘Why do you ask? If I have taken money I will pay. It has no connection with you.’

‘Your head has been worm-infested. Squandering money on liquor and gambling and ruining our home. And how do you still tell me to keep silence?’ Basanti bursts into tears.

‘Then what will I do? Do you give your jewelry to make Ramen’s payment?’

‘Jewelry! Shameless man! Have you given them? Ma has given them. You worthless fellow!’

Tears flow down her cheeks. Without arguing Rameswar runs out of the house.

That day Basanti also goes out of the house. After an hour or so she reaches her parents’ home. Rameswar as usually returns home in the evening. He fumes with rage when he hears her wife’s departure. Ramen again comes. Rameswar tells him everything and asks for some days more. Ramen explains, ‘Hear me brother, liquor and gambling make one beast. Bodos (the largest ethnolinguistic group in Assam) are caught in this trap. Only a sinful man can sell his wife’s jewelry for playing gambling. Boudi is absolutely right in not sacrificing her jewelry. That does not mean that you’ll waived off your loan. You should try to pay me at the earliest. I’ll put it to work elsewhere.’ And Ramen departs.

Basanti thought that she would stay with her parents until Rameswar came and pleaded for her return. But just one night she passes and many thoughts crowd her. She is afflicted with the thought that Rameswar will go astray in her absence. So in next morning she returns to Rameswar.

Rameswar, after this incident, checks himself. Slowly he begins to repay the lenders. Basanti is happy seeing the change in her husband.  Both begin to pass days with conjugal bliss.

Dipawali. Today men will drink and gamble. An old friend arrives and begs Rameswar for gambling. At the outset he rejects his friend’s proposal, ‘No, no, I’ve promised Basanti not to play gambling, not to touch liquor.’

‘Arre, today is special. All are playing, why don’t we?’

‘Na, bhai. I’ve no faith in me. Lest I again should fall in love with old habit, I don’t keep money in my pocket.’

‘Leave that, brother. I also go with you. Bring money. Everyone is in festive mood. Your wife won’t mind today.’

Rameswar’s hesitancy vanishes. His promise to his wife takes a jolt.  He reaches the gambling-ground. Gambling will continue whole night. Ramen Gayaree was already there.

Till midnight the luck is in Rameswar’s favour. He has won huge money. He now thinks of going home. He stands up. ‘I feel sleepy. I’m going home,’ he says to his mates. But they stop him. ‘Leaving in the middle of the game is against the rule, brother. We’ve money. We’re playing and you’ve to play,’ they argue.

Rameswar can’t go home. He sits to play again. This time he starts to lose round after round. When his pocket is empty, he mortgages his new wrist watch. Again he loses. He frantically rushes to his home and bring whatever money he has. Again he loses. Then he mortgages his cycle at fifty rupees. That is also gone. Rameswar begins to behave like a mad man. He thinks of the faces who will give him money. He asks his friends but they refuse.

Suddenly from somewhere a voice clears the air, ‘you can pledge your wife at rupees fifty.’  Rameswar on the spur of the moment takes it as a challenge and declares, ‘Ok, I pledge my wife at fifty.’ Ramen Gayaree urges him to go home and take rest. But Rameswar is too heated to pay heed to Ramen. ‘I won’t go home,’ Rameswar resolves, ‘when I was winning, you stopped me. Ramen, you’ve to play now. You have taken my watch and cycle. I will take those back and only then go home.’

Ramen hears Rameswar’s argument and thinks for a while. Then he decides to play. The bet is thus: if Rameswar loses he’ll give his wife to Ramen; and if Ramen loses he’ll return all articles he has won from Rameswar.

Rameswar loses. He quietly sits with his head between his legs.

Ramen draws attention of his mates and says, ‘Tell me friends, what I will do.’

‘You’ve won his wife. You now take her to your home,’ his friends opine in one voice.

They all go to Rameswar’s house. Basanti just comes out of the room and hears a voice, ‘Boudi, Rameswar has lost you to Ramen in a round. You’ve to go with Ramen, now.’

Basanti falls from the sky and she turns into a stone. She begins to bitterly weep. Then with her teary eyes she says, ‘Ok, I’ll go.’

When Ramen is departing taking Basanti from her home someone says, ‘Ramen, leave it. It is bad.  Neither law nor society will take it easy.’

Ramen pays no heed to the man. He says, ‘I won’t leave it. If Rameswar would have won, would he leave his claim to his cycle and watch?  Saying so Ramen takes Basanti to his home.

The gambling players, however, do not spread the incident. They keep their lips tight. They all are ashamed. Moreover they fear its retaliation. They know well how to keep their honour intact in a civilised society.

Rameswar’s head is spinning like a top. He thinks of committing suicide but he cannot. He also thinks of selling his home and land before the news spread across the village. Meantime a week has passed. Still he cannot take any step.

On the eighth day Rameswar is returning home from work in the evening. He is stunned to see Basanti guarding the gate of his house. Speechless he stands there like a log.

She smiles dryly and says, ‘Why do you stand like a stone? Come and unlock the door. I’m waiting for a long time.’

Rameswar silently walks to the gate and unlocks it. Basanti enters her room. Rameswar falls from the sky. He is watching Basanti with fixed, incredible eyes. ‘Why are watching me with such a look? Do you think I have been polluted? Do you think the whole world is a copy of you? Ramen has taken me to his home to teach you a lesson. He has kept me like his sister. He has his mother and sister at home. He knows how to keeps their honour.  Ramen’s mother sends me back to save you.’

Rameswar begins to weep bitterly. His voice is choked. His lips are quivering. Seeing his grief Basanti plunges into his breast. Rameswar is able only to say, ‘Basanti, I’ll never do such wrongs. Never. Curse me that I’ll be choked to death if I…’ Basanti shuts him by pressing her hand on his mouth. Then she says, ‘Ramen has told you to take your cycle and watch back. He also says that we are now relatives. That means you are now his brother-in-law.’ Rameswar begins to laugh like a fool. 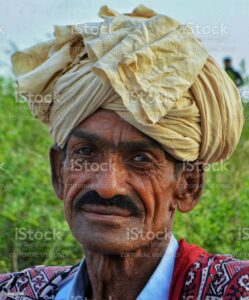